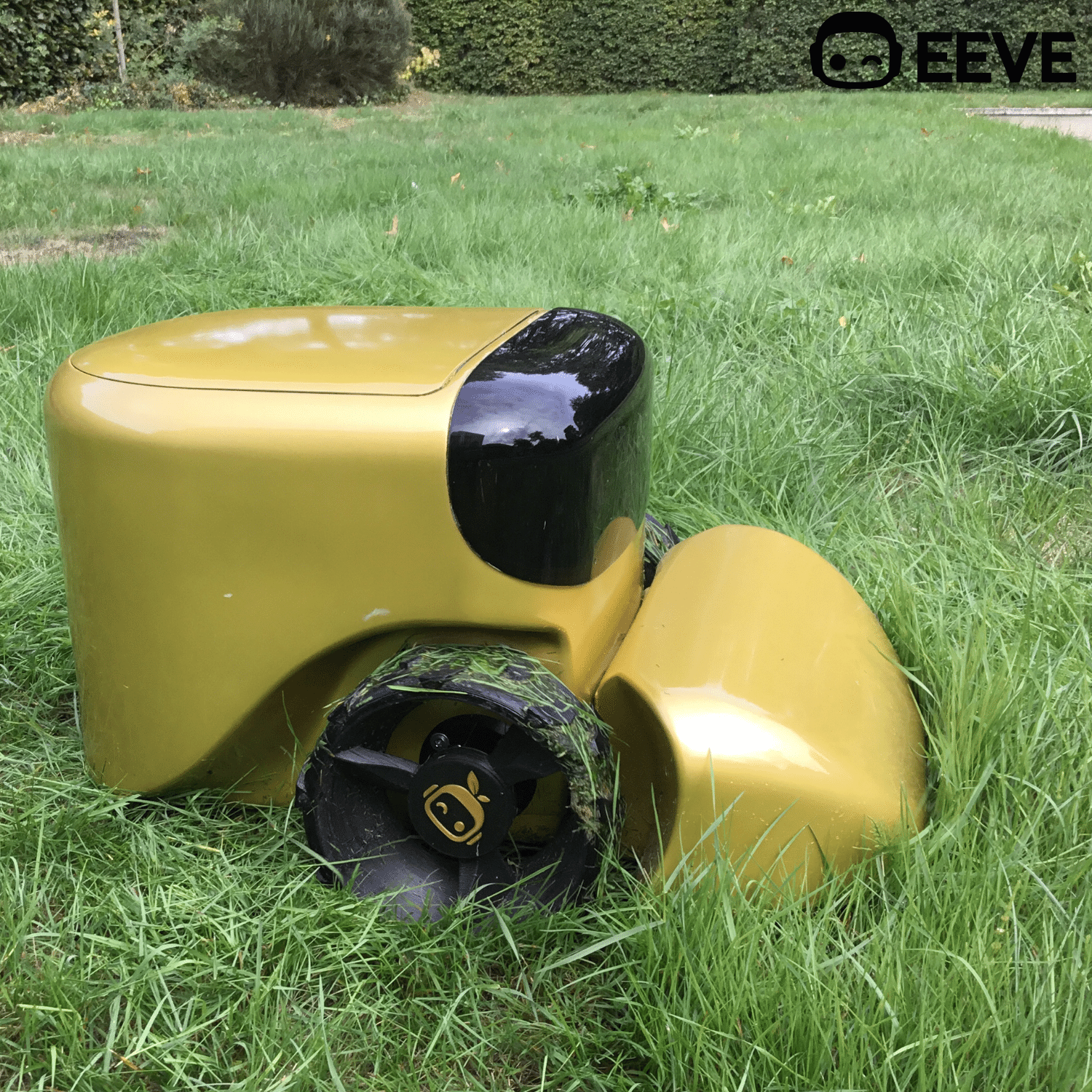 As you know, the initial product of EEVE is an intelligent lawn robot called Toadi, with extra security and entertainment functions. However, some readers may not be aware of the fact that our long-term plan is to build personal worker robot that will work for all of us at a very low cost. This is because the overarching purpose of EEVE is to help expedite the transition to a sustainable world.

Critical to making that happen are affordable personal robots. That’s why our initial product is the most affordable and efficient multi-tasking robot available. Even so, some may question whether this actually does any good for the world. Are we really in need of a multi-functional lawn robot? Will it actually make a difference to the world situation we live in?

Well, the answer to both questions is: not much. However, that misses the point, unless you understand the master plan alluded to above. Almost any new technology initially has high development costs before it can be fully developed and this is no less true for personal  robots. The strategy of EEVE is to firstly disrupt an existing market, where customers are eager to buy an intelligent solution. And then use that income and core technology to further develop the robot as fast as possible to a personal robot.

I can say that the second model will be the first personal robot of its kind, assisting already a great part in expediting the transition to a sustainable world.

Below you'll find several examples of how personal robots will help expedite the transition to a sustainable world. In big lines they will help in:

The list below is only a limited, small list of examples about all the opportunities personal robots will bring. A list that will be expanded enormously because the core feature of our robots enables endless possibilities.

That core feature is that our robots are able to deliver manual labor at no cost, non-stop. Through this core-feature we will be able to move away from unsustainable mass-production methods to use the benefits of manual labor in a modern, sustainable world.

In order to keep up with a fast-growing technology company, all free cash flow is ploughed back into R&D to drive down costs and bring the follow-up products to market as fast as possible. When someone buys the current product, they are actually helping to pay for the development of the first personal robot.

Now I’d like to address how personal robots will make the world a better place, by using a few examples to illustrate the outcome of our Master Plan — reducing pollution, cultivating healthy food, restoring the balance between the production of earth’s resources and human consumption.

During the evolution of mankind, we were always looking on how to automate work, taking away manual labor or making it as cheap as possible. Until today. The tide is turned by the arrival of robots. Robots work 24/7 at no cost (or negligible cost) and they bring back the benefits of manual labor, such as local production and non-polluting production. However; this time, it’s manual labor done by robots, not by humans.

Our food production has evolved to a mass-production system because of its supposed efficiency. In reality, we witness today that:

Our robots will seed, maintain and harvest a vegetable, fruit and herb garden. He can do this for everyone, locally, at people's homes or at central locations for people who do not have a garden (city people, for example).

Today we consume in 8 months all the resources that the earth produces in 12 months. We are losing a lot of resources since our mass production is no longer efficient due to the size it has obtained. Because our robots produces locally, at people's homes, or at central locations for a group of people in the city, she will ensure that there is less loss. On the one hand less loss in transport, on the other hand, because she can work on demand and thus avoid having to throw away excessively produced goods.

Today our economy is largely built on low-wage countries. our robots work 24/7 at a much lower price than the lowest wage exists today. Because our robots are not bound by political boundaries, our robots can be used worldwide to produce locally, at extremely low cost, equally for everyone.

Today, in 2018, there is a culture of working hard and being busy all the time. We have evolved to a society driven by performance, forcing us in boxes and unconscious living habits. It is estimated humans are on average only 10% conscious about the actions they take. In the future we foresee a society that lives highly conscious to support a sustainable world. our robots will free up time by working for humans, enabling humans to invest in consciousness and spiritual growth.

In short, the master plan is:

The beginning of StarLight.
Train your robot to stay in- or out certain zones and multi zone possibilities.

Robot Revolution #4: Robots in the USA

With Willow X, EEVE brings the robot revolution to your home

How to get your garden ready for spring?

A robotic mower without a wire, how does that work?

Are robots capable of romance? Or are they just here to help us in the transition to a sustainable world?

Willow X - Welcome to the future of personal robots

The man in spandex

Want to see the world of EEVE?

We use cookies to personalize content and ads, provide social media features and analyze traffic. We do not link the data to individual customer information. We share the data with our social media, advertising and analytics partners.